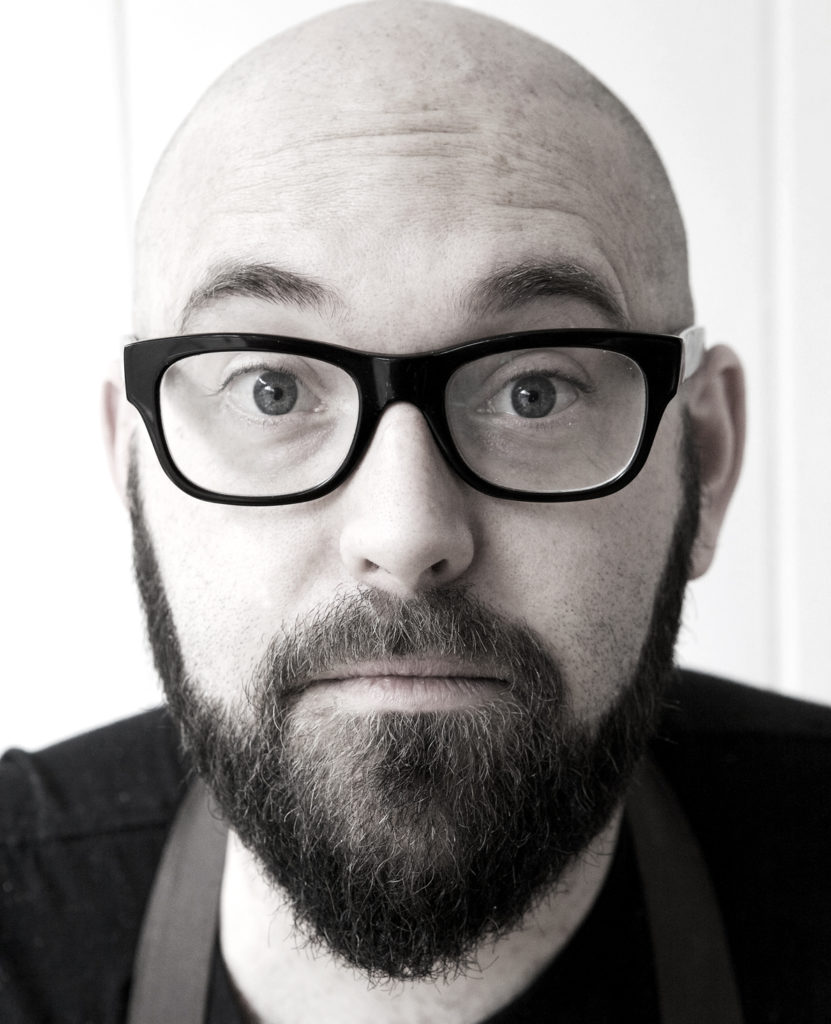 Richard, originally from Norwich has travelled and worked his way through some of the most amazing Restaurants and countries across the globe. He has worked for Michel Roux Senior at the 3 Michelin Starred Waterside Inn, for Günter Seeger (NY), Kevin Thornton (Dublin) and upon his return to Norfolk he was head chef at Galton Blackiston’s Morston Hall.

Richard opened Benedicts with his wife Katja in June 2015.
He is the beating heart and soul of Benedicts which since opening has been named in The Times Top 100 Restaurants in the UK, Square Meal Top 100 and EDP Norfolk’s Best Restaurant, alongside a rating of 6 in the Good Food Guide. Benedicts was awarded 3 AA Rosettes in January 2018.

In 2015 he won BBC 2’s Great British Menu  and returned in 2017 as a Veteran Judge on the program judging the chefs of the central region.

He writes a monthly food column in the Eastern Daily Press and has his own monthly slot on Radio Norfolk on the Chrissie Jackson Show. 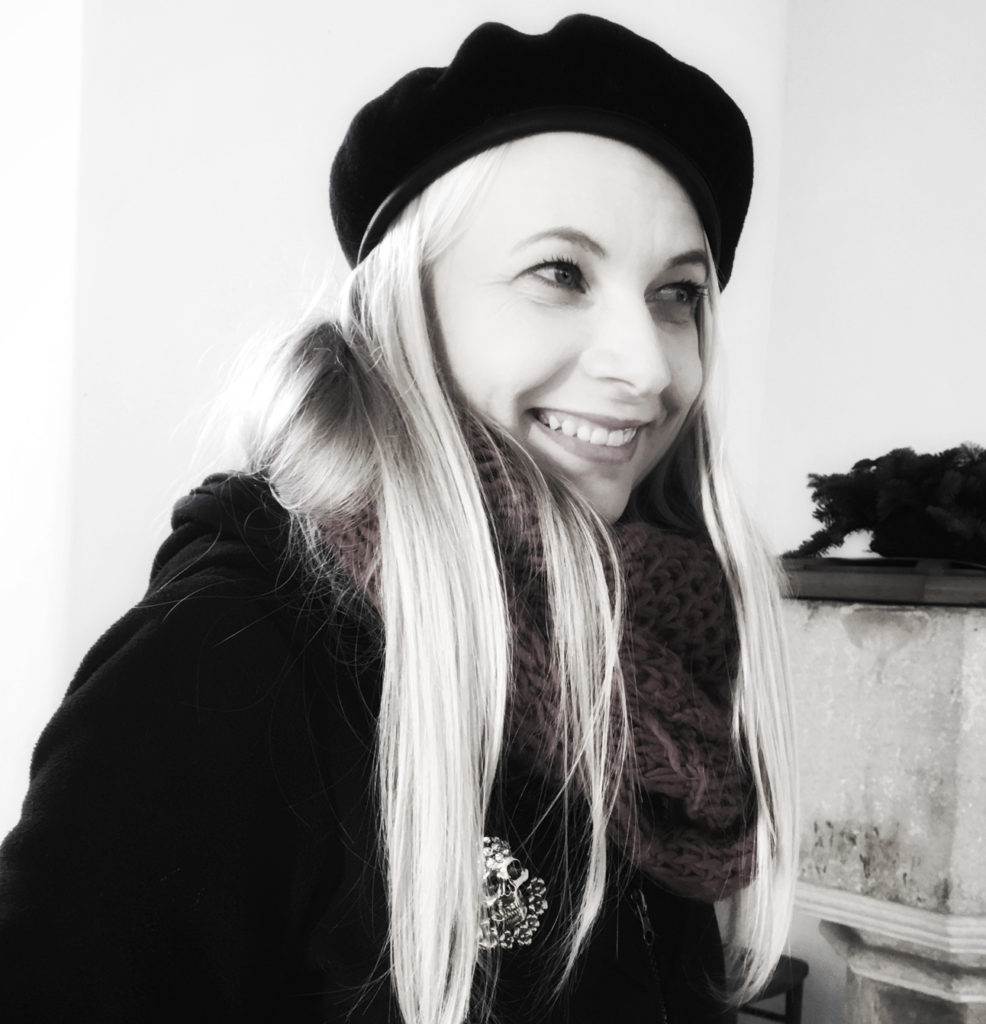 Katja, aka the Eyes and Ears of the place, can be found over all floors at Benedicts, managing and running the business.

She also looks after public relations, social media, communication, is often seen behind the lens to photograph the beauty that happens at Benedicts every day or found growing edible flowers and foraging for new and exciting ingredients in the fields of Norfolk with the help of her 2 beautiful Girls. 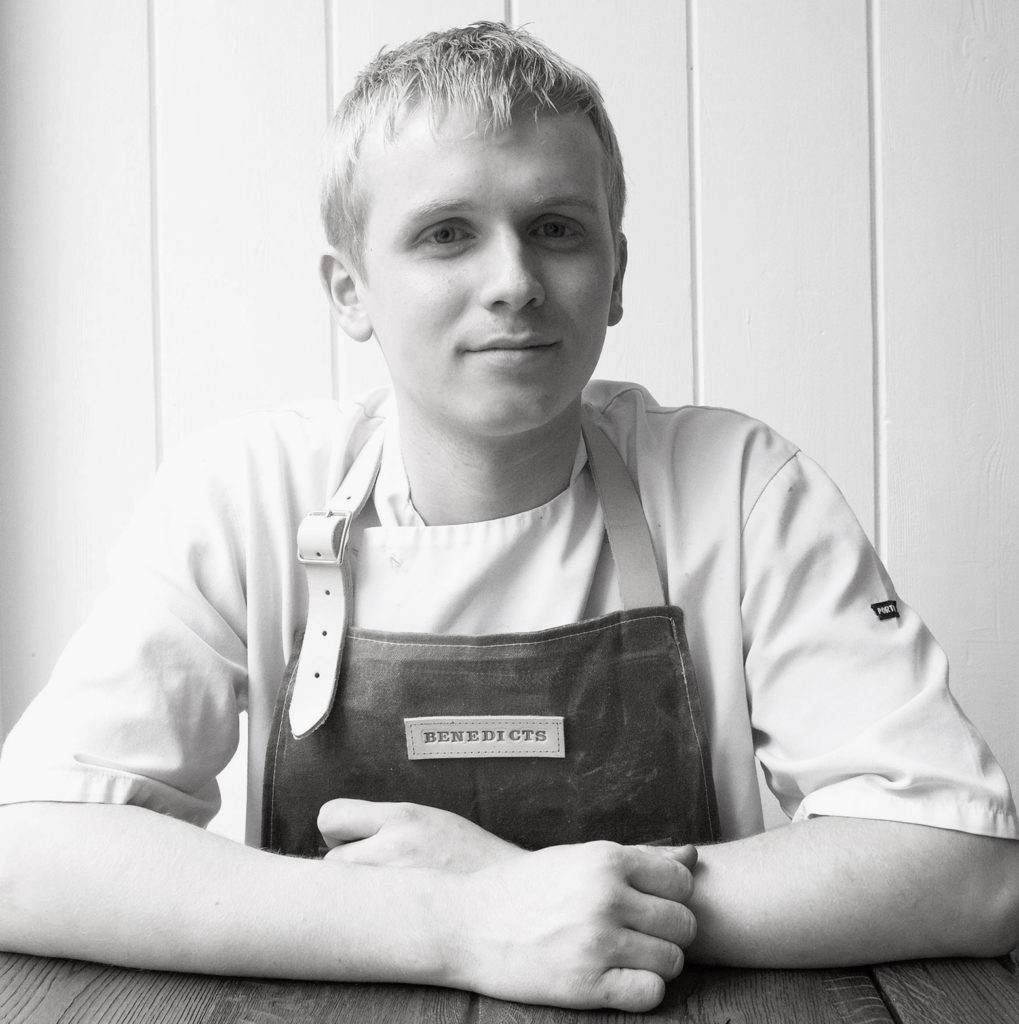 Ashley has been a fundamental part of the Benedicts Kitchen since Day 1.
Originally from North Norfolk, Ashley has worked in the Michelin starred kitchen of Morston Hall with Richard since 2012 and has moved along to join Team Benedicts for the opening in June 2015.

Ashley’s dedication, hard work and love for the kitchen makes him an absolute force and Richard’s right hand man. 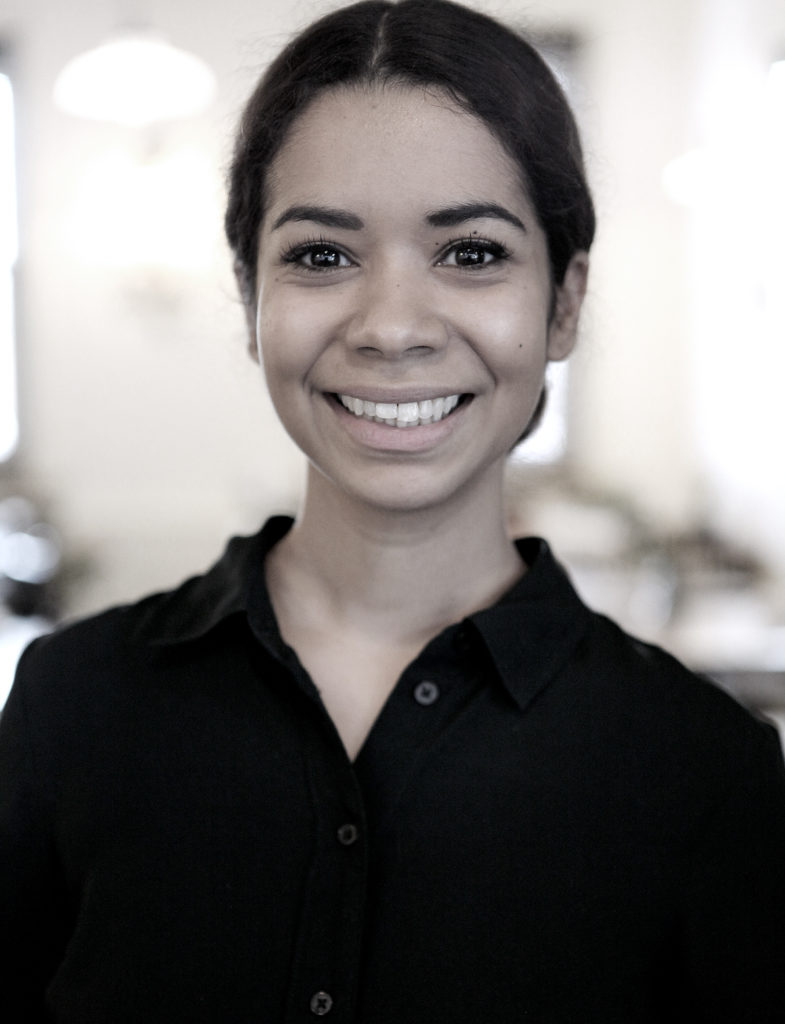 Luara has been a huge part of Team Benedicts for over 5 years and has worked with Richard at Morston Hall since the age of 17. Her professionalism and passion for Hospitality is undoubtedly easy to notice. She brings a wonderful warmth to our service and with her dedication and love for wines, has a great impact on our small yet avant-garde wine list. As well as having the sweetest smile, she is a force to be reckoned with.

We use cookies on our website to give you the most relevant experience by remembering your preferences and repeat visits. By clicking “Accept All”, you consent to the use of ALL the cookies. However, you may visit "Cookie Settings" to provide a controlled consent.
Cookie SettingsAccept All
Manage consent

This website uses cookies to improve your experience while you navigate through the website. Out of these, the cookies that are categorized as necessary are stored on your browser as they are essential for the working of basic functionalities of the website. We also use third-party cookies that help us analyze and understand how you use this website. These cookies will be stored in your browser only with your consent. You also have the option to opt-out of these cookies. But opting out of some of these cookies may affect your browsing experience.
Necessary Always Enabled
Necessary cookies are absolutely essential for the website to function properly. These cookies ensure basic functionalities and security features of the website, anonymously.
Functional
Functional cookies help to perform certain functionalities like sharing the content of the website on social media platforms, collect feedbacks, and other third-party features.
Performance
Performance cookies are used to understand and analyze the key performance indexes of the website which helps in delivering a better user experience for the visitors.
Analytics
Analytical cookies are used to understand how visitors interact with the website. These cookies help provide information on metrics the number of visitors, bounce rate, traffic source, etc.
Advertisement
Advertisement cookies are used to provide visitors with relevant ads and marketing campaigns. These cookies track visitors across websites and collect information to provide customized ads.
Others
Other uncategorized cookies are those that are being analyzed and have not been classified into a category as yet.
SAVE & ACCEPT